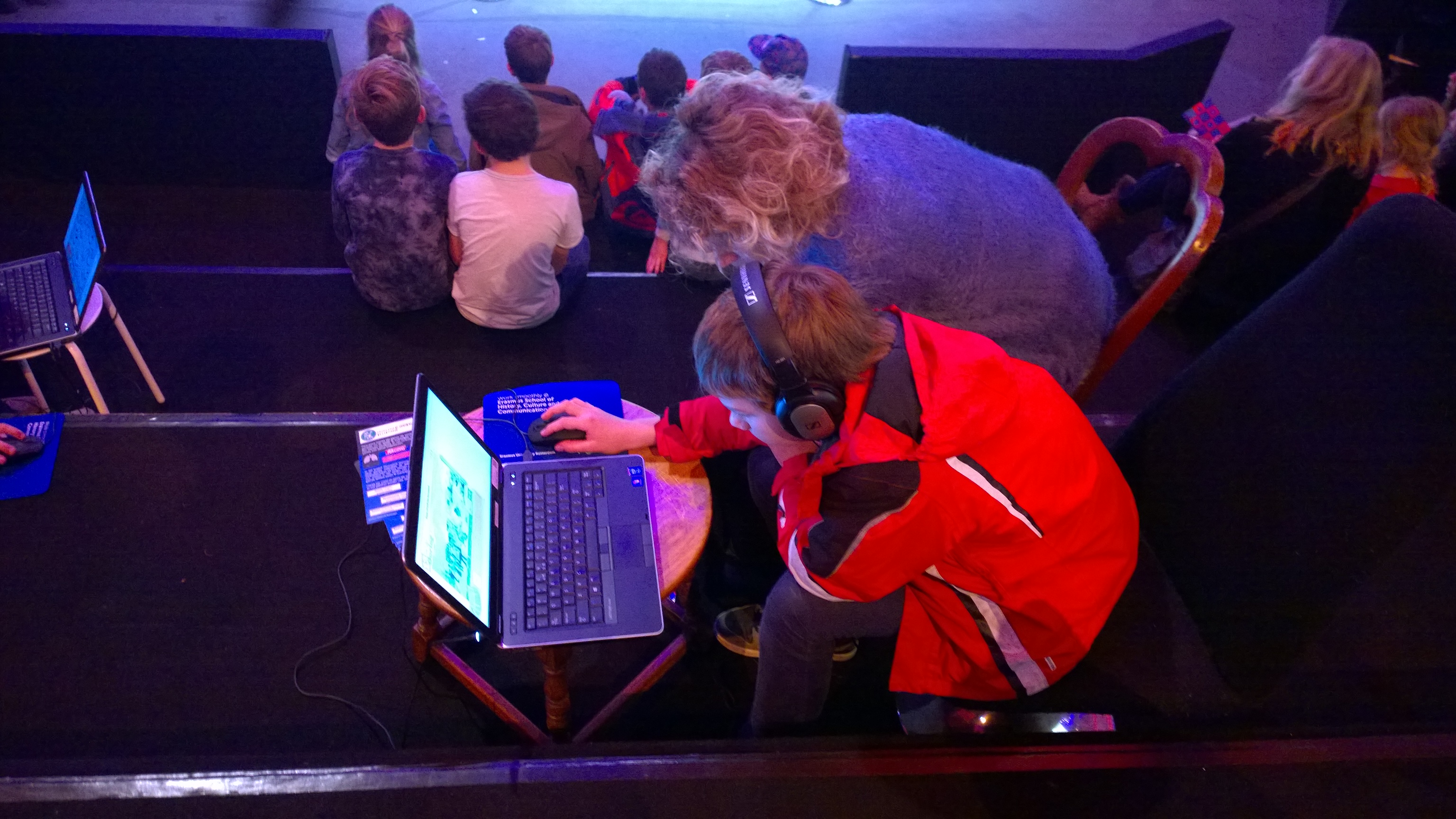 On the 29th of November 2015, the Eureka! festival (text only in Dutch) took place in Amsterdam. This festival promotes research and fosters interest in the scientific process among its visitors. Our project was represented at this festival by Ruud Jacobs. By setting up several persuasive games to be played on site, Ruud showed the festival goers what kind of games these are as well as how he performs his research on the validation of persuasive games. The audience was varied, with children as young as 5 years old coming to play while their parents were looking on or even joining in. At the festival, Ruud was also able to see how these games are played by people who normally would not. The observations he made on more than 50 players will feed back into his research.

At the festival, Ruud distributed a flyer outlining his research. A scan of this flyer can be found FlyerEureka!. Flyer text is only in Dutch.